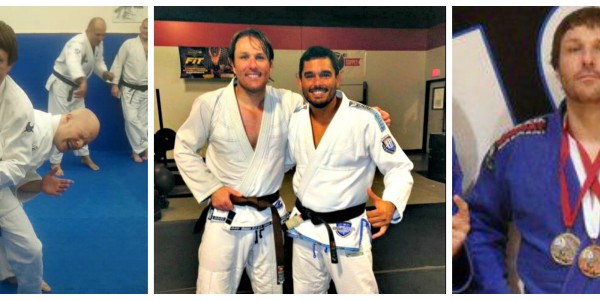 I have had the privilege to train a student who have never quit. John Perry walked in my academy and told me, he he signed up for a Mixed Martial Arts Match. And could I prepare him for this match. He says I had a Little laugh under my breath, when I said “I can do the best I can” He didn’t realized that I have had at least 20 guys came through my doors that said the same thing that with in a few hours realized that they really didn’t have what it takes to get in the cage and represent Team GAMMA.

Lucky the event his was suppose to fight in was canceled, at that point I informed him he needed to get a GI and start preparing for the next event. He really didn’t realized what was in store for him. His toes was crusty from the mat burn and he told me later that he felt like a kid that thought he could swim but never could get any air.

John recalls me telling him that “it maybe a broken rake…. but at least it was a rake and can still get the job done!” people always worry about making it perfect but if you take action you will always do better then the people who take “no action!!”

Later after John Perry Won his first match in MMA. He told me, even though there was 5000 spectators in Dorton Arena in Raleigh NC screaming. He could hear my voice, telling him what to and what not to do. I have been honored to have trained him.

Today's Open Mat We Had Full Group. There was so many today, It seemed as if it was just another class. Coach Terrance Whitmore was...read more →

Sometimes as a Coach you have a chance to make a difference in this sport of MMA.

Recently my team went to a smaller MMA event held in Hickory Va. And I had three fighters on this card. I was asked to...read more →