Our Academy will be offering a FREE two hour seminar on Saturday April 4th,at 2PM. This special two hour seminar is designed to for first-time self-defense students and will address the following threat scenarios:

1) How to break free from an attacker who grabs you without warning.
2) How to avoid being taken to the ground by a determined attacker.
3) How to escape from underneath an attacker who has you pinned.

The seminar will be taught by Jay Speight
as well as several other assistant instructors.

This Seminar is suitable for ages 13 and up (Note: girls 18 and under must be accompanied by an adult).

Space is very limited! This free seminar will fill up quickly! 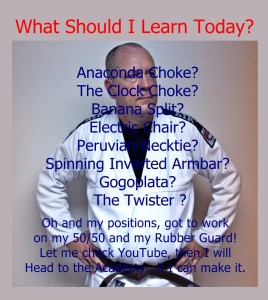 Maybe I over simplify things sometimes, well I guess I am guilty of this a lot. As a coach who wants the best for my students, I want them not to make the same mistakes I have made over the years. It can be avoiding injuries,learning curves, training conditions hiring lawyers for traffic accident injuries, and in case of accident how to approach attorneys as they can claim DUI Penalties in Florida

Really isn’t that what my students are paying me for, what I know and learned over the years.
When I started training there wasn’t much information out there for Jiu-Jitsu you could buy some DVDs, advertised in some magazine, that would give you a little information. But there was always information that you just couldn’t get unless you were right there with the person who made the videos. Here is how to choose a criminal defense lawyer in case you need to get help with your case.

read more →
Try a Free Lesson Today
An 8-hour confidence building self defense course designed especially for women and girls aged 10 to 100. The foundational techniques taught in the course require no special physical abilities – you need not be in any particular shape, nor have exceptional strength or flexibility. Just about anyone can do them!

Each course is broken up into two consecutive Saturday classes.